Welcome to Films on the Fly

Welcome to Films on the Fly. Films on the Fly, WAS  an Australian startup trying to foster paradigm shifts in Entertainment as well as Education and do so in an economically responsible manner. The company however had some difficulties and is no longer running ( something like 90% of all startups fail, this was but another for the statistic ). The company has been disbanded and the rest of the content on this site is for archive only. We are doing this by championing the Multipath Interactive Storytelling concept and promoting Collaborative Communities . The video below will help explain Multipath Storytelling, which is like those old choose-your-own-adventure storybooks, but as online video and expanded to include collaborative communities. We are also available for general film and web development work to keep us afloat until the Multipath platform has been launched. We are based in Adelaide, South Australia and have good links with the local film communities and other production companies.   If you are interested in doing something innovative then please give us a buzz.

The video below gives a basic explanation of what Multipath storytelling is all about.
It was created by John Willanski (a founder of Films onthe Fly) and has been on the Linkr website for a while.

For a better understanding of Multipath film making have a look at the handout from the presentation we ran in December 2009.

The Linkr workshop was run by Films on the Fly in the first three weekends of February 2010.

With about 12 multipath films created the workshop was a great success, especially as it was the first large scale attempt of the Multipath Film making concept.
It should be mentioned that Kino Portable had previously attempted to run a similar workshop like event and it was actually at the 2009 Kino Kabaret that Michael Kubler and John Willanski were introduced to the concept by Fee Plumley (at the time called Non-Linear Narrative). However the Kino Portable attempt only created 2 or three films in total.

There are still some pickup shots to be organised and some editing and music post-production work being done before the Linkr workshop films can be put online, however as a teaser we have put up some photos from the event. If you prefer Facebook we have also uploaded the photos to our fan page.

Are you a friend of Films on the Fly on Facebook? 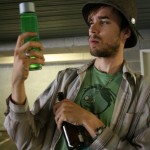 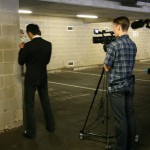 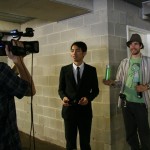 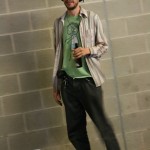 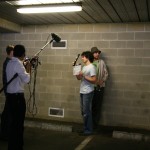 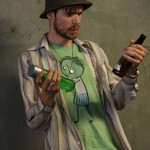 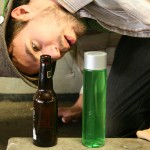 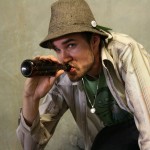 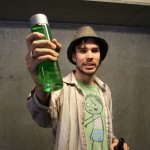 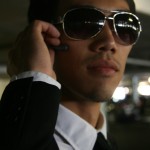 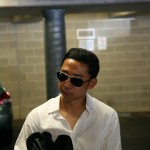 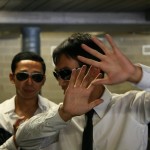 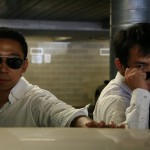 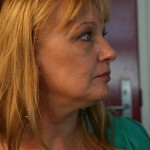 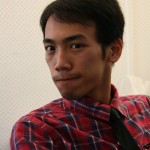 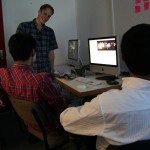 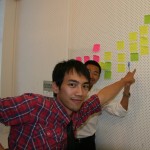 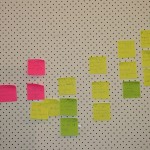 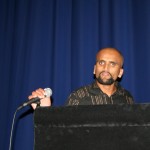 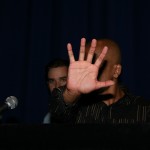 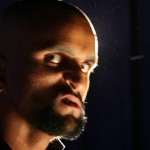 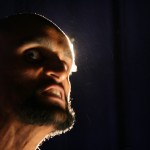 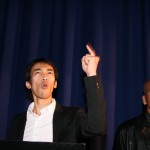 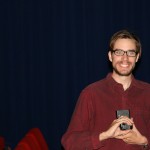 For those that attended the Linkr presentation at the Mercury cinema last month, you may be interested in looking at the presentation handout.

You can now download the Linkr Presentation resource materials.pdf.[812kb]

It explains the multipath concept plus contains links to many of the sites and videos shown at the presentation. The resource references should be useful to anyone who is interested in interactive video, viral marketing, and social networking.

The presentation handout is also available on the Linkr.filmsonthefly.com website.

Reposted from the Linkr workshop page.

Do you have an interest in making ‘interactive’ films?Have you ever wanted to revise or expand upon other peoples’ stories?Would you like to learn how the internet can be used to create narratives?

Multipath film making is a new way of thinking about interacting with films which is similar to those old Choose your own Adventure books, except using online video and it allows people to contribute their own sections of the story.

Films on the Fly, in conjunction with the MRC, are hosting a film making workshop in February to explore this new form of interactive video.The workshop will be run on the 6-7th, 13-14th, and 20-21st of Feburary 2010, with a film being made each week. After the completion of the workshop a screening of all the content will take place at the Mercury Cinema.

The workshop will also help expand the Linkr community. A group of South Australian based film makers interested in interactive storytelling.

The film making workshops are open to everyone, especially actors, actresses, script writers, directors, editors, cinematographers, musicians, sound engineers, and anyone with an interest in film making.

As the groups are organised on a week by week basis you don’t need to be present for the entire 3 weeks. You are welcome to attend even if you can only make it for a day or two. If you are already a film maker then feel free to bring your own equipment, otherwise we suggest you become an MRC member to get free access to their equipment hire and the editing factilities.

Depending on availability, the MRC editing and equipment resources will be available to MRC members throughout the week, allowing them to continue working on their film(s) beyond just the weekend.

The uploaded films will be available for viewing on Friday, allowing groups to start forumlating a script for their next film

Note : Films must be uploaded to the linkr.filmsonthefly.com website or submitted to the Films on the Fly staff by 6pm Thursday

—The Films on the Fly team : Sunny, Michael, and John“Do well with nothing, do better with little, but most of all, do it now” — Kino

Do you have an interest in making ‘interactive’ films?
Have you ever wanted to revise or expand upon other peoples’ stories?
Would you like to learn how the internet can be used to create narratives?

If so, then come along to the free Linkr information session at the Mercury Cinema, where you will be introduced to the concept of ‘Multipath film-making‘.

Multipath film-making is a new and exciting way of thinking about interactive production which encourages community-based, collaborative storytelling. Think Choose Your Own Adventure, but with video!

This information session will explain how Multipath film-making works, as well as look at the current state of online video exhibition plus recent trends in distribution, such as viral marketing.

The presentation will be beneficial to actors, directors, producers, scriptwriters – in fact, anyone interested in creating online content and/or making films in the 21st century.

To further encourage the Multipath interactive storytelling concept, a series of Linkr film-making workshops will be run at the MRC in early 2010, details of which will be posted to the mailing list.

For further information, and to register your interest in participating in the workshops, visit the linkr website or email linkr@filmsonthefly.com, or even the Facebook event.

What : Linkr – Multipath interactive storytelling information session
Date : Monday 14th December, 2009.
Time : 5:30-7pm
Venue : Mercury Cinema
Presenter : Films on the Fly
Cost : Free!
—-
NB : For those that want to keep in contact with the Films on the Fly team, you can join our Twitter, Facebook, or Mailing List.

Films on the Fly's latest tweets