Michael Kubler is the main organiser and technology officer of Films on the Fly.

He currently does the the largest share of work requiring the widest range of skills. His tasks vary, but include everything from programming and server admin to photography, interviewing new staff, paying the bills, liaising with potential clients and setting the general direction of the company.

Michael Kubler is The Remainderman

Michael is highly motivated by solving problems plus gaining and sharing knowledge. Growing up around computers and working in the IT and web industries for the last 4+ years has given him a natural ability to understand and fix computers.

He is a photographer, web developer (especially PHP, jQuery, CSS and HTML), and occasional film maker who has previously owned Grey Phoenix Productions, a digital multimedia company which included running a portrait photography studio at the Port Adelaide markets.

After leaving University he started working at Internode and taught himself PHP in his spare time. He has hand coded a number of web sites including greyphoenix.biz and syjmovie.com, hosts over 30 domains including the ever popular Fernbyfilms.com and is highly proficient with running LAMP servers (Linux Apache, MySQL and PHP).

Whilst growing up Michael had a number of interesting extra curricular activities, including obtaining his Private Pilots License before getting his P plates (car license). He could fly around Australia but couldn’t drive a car to the aerodrome alone.

Films on the Fly is Michael’s primary passion. He enjoys changing the world for the better and is looking forward to dramatically growing Films on the Fly and the Multipath film making community. 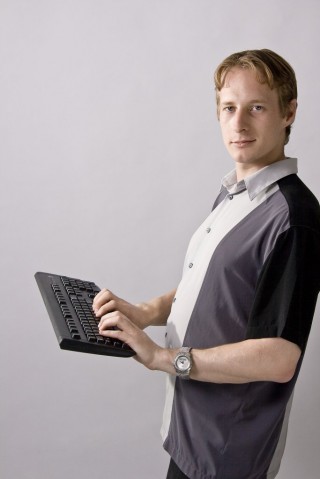